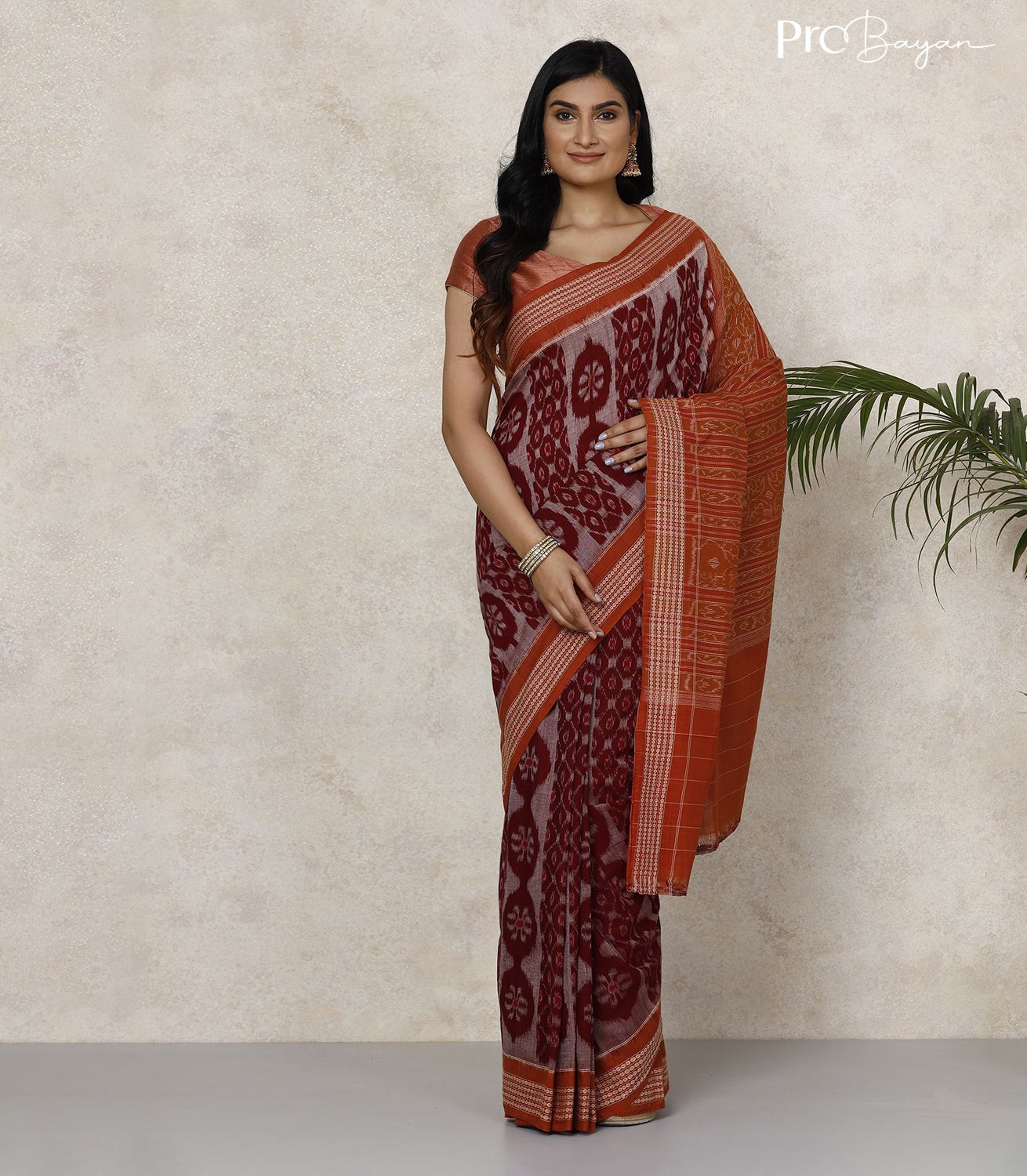 Free Delivery: Saturday, 11 February (Based on your address, we may deliver before this tentative Date)

Sambalpuri sarees are a major tribute to the traditional handlooms of Orissa. The Sambalpuri saree is made from fabric knitted on a handloom and it is admired throughout India. The texture of fabric varies upon the warp and weft yarns used for its production. The important raw materials used in the weaving of this saree are cotton. This art of weaving dyeing fabric is practiced in India since ancient times. Unique in the making and exquisite in its designs, the Sambalpuri saree reflects an ancient handicraft called ‘Baandha-Kala’. The yarns are tied according to the desired patterns to prevent absorption of dyes and then dyed. The yarns or set of yarns so produced is called ‘Baandha’. The unique feature of this form of designing is that the designs are reflected almost identically on both sides of the fabric. Once the fabric is dyed it can never be bleached into other colours. This versatile technique enables a craftsman to weave colourful designs, patterns, and images into a fabric capable of inspiring a thought or conveying a message. The design is woven on the fabric without the use of dobby, Jala, or jacquard. The skill of these weavers is such that without the use of any graph they will be able to create very beautiful designs on the fabrics. This saree is traditional female apparel in the state of Odisha/Orissa, which is also very popular across India. The appearance of the sari is related to simplicity and has a tribal tinge in it. Sambalpuri is a cloth ranging from four to nine meters in length that is draped over the body in various styles across India. 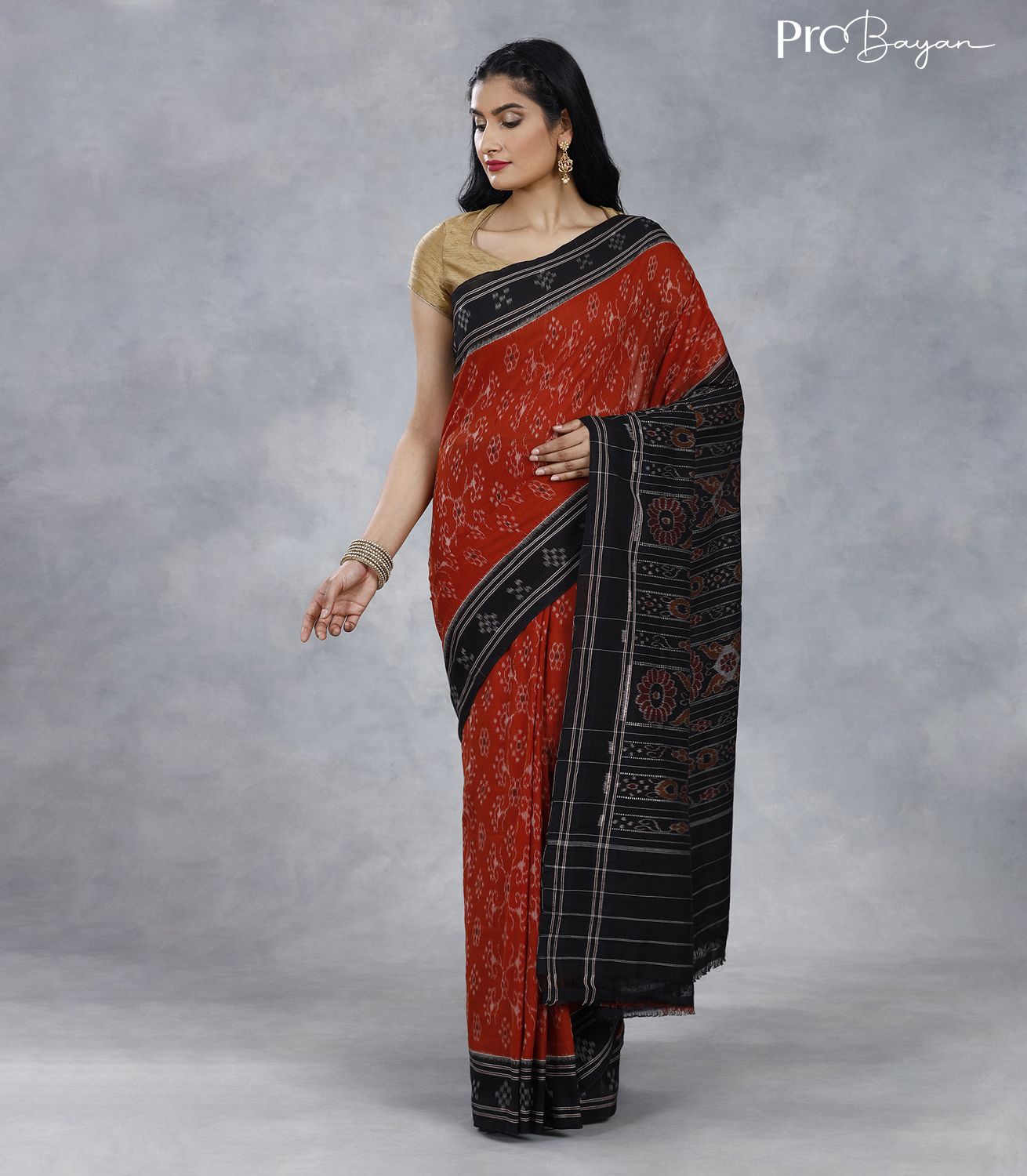 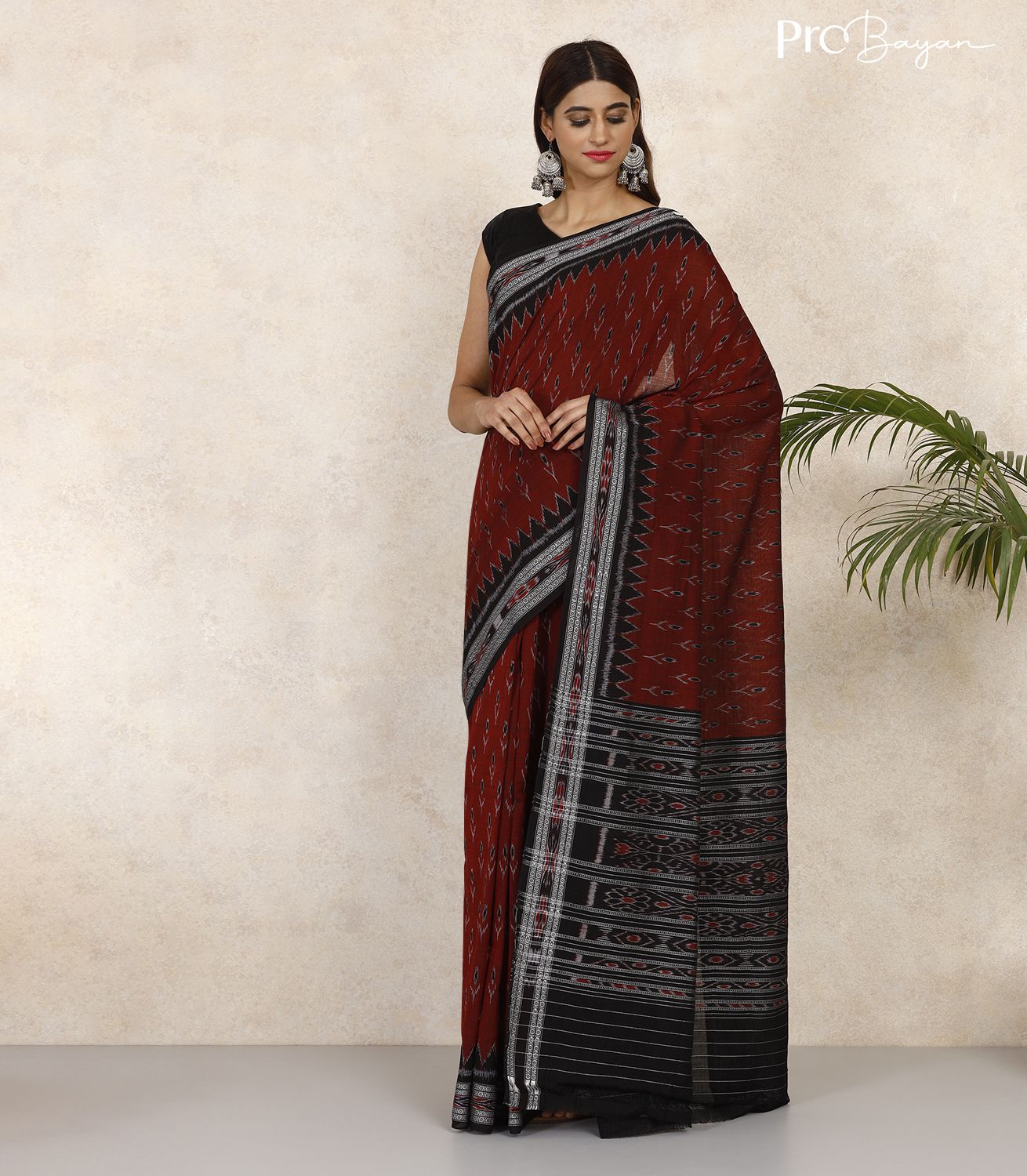 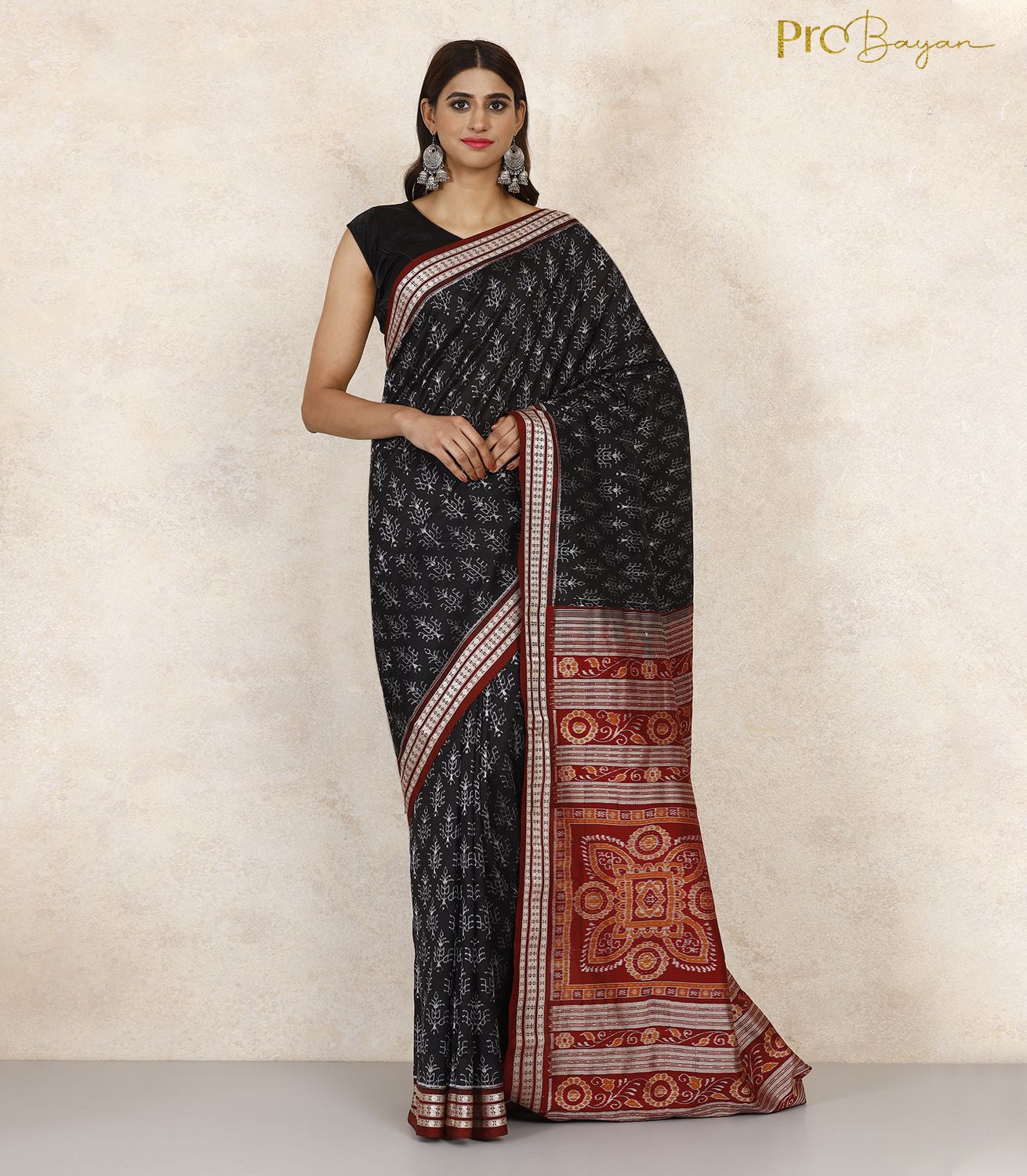