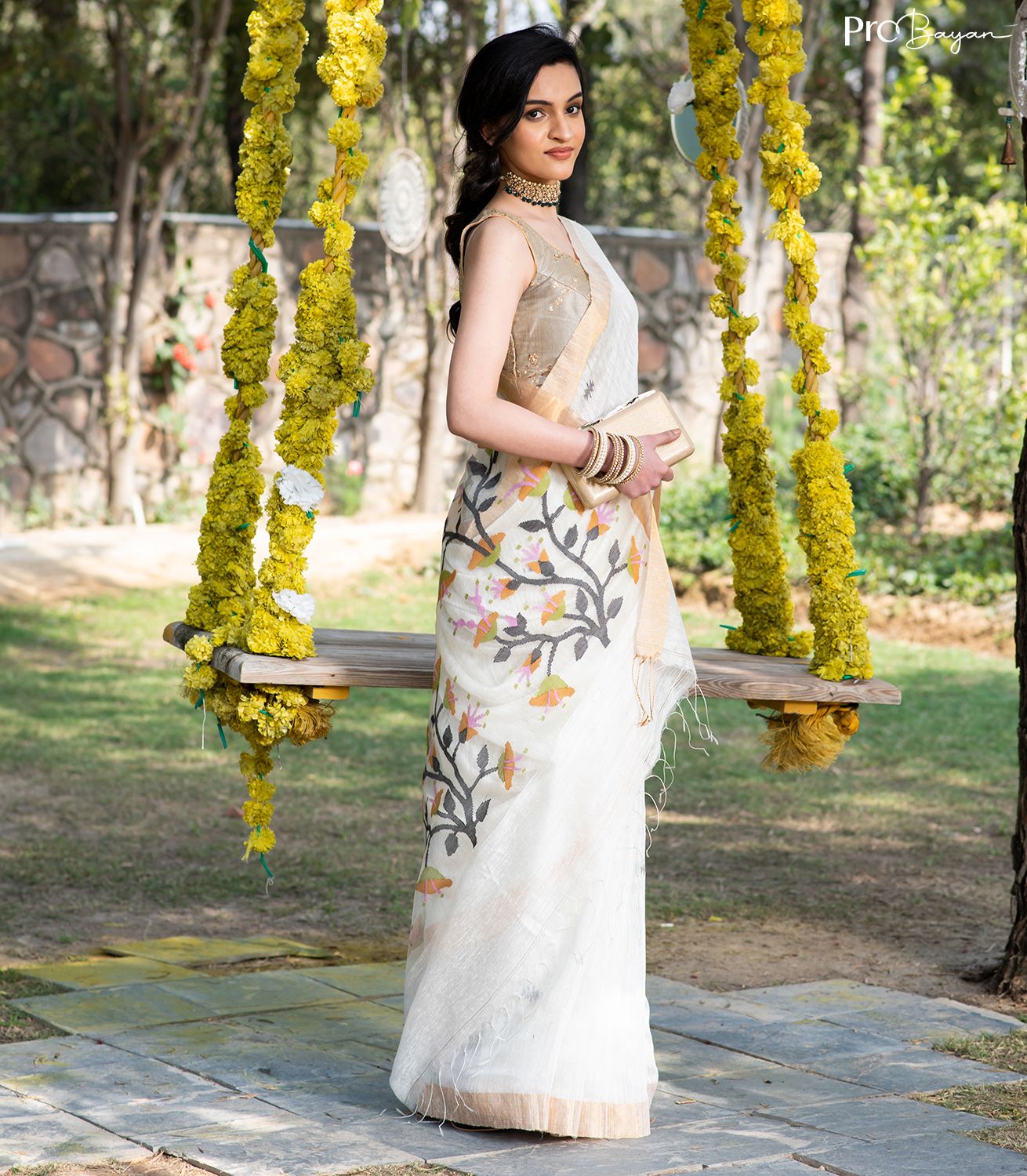 Free Delivery: Saturday, 9 July (Based on your address, we may deliver before this tentative Date)

In India, Matka means "rough handloom silk fabric" made from the waste Mulberry Silk (Bombyx Mori) without removing its gum (sericin) part. It is largely obtained from the states of Karnataka and Kashmir but its spinning is done in the Malda and Murshidabad districts in West Bengal. Sujapur village in West Bengal, Islampur village in Bangladesh, and Dariapur village in Gujarat are some of the well-known Matka silk producing villages. It comes from thick yarn spun from the silkworm Bombyx Mori which results in some irregularities in the texture of the fabric. Matka silk resembles the tweed fabric in texture. Despite the irregularities of the Maka Silk texture, it is considered unique. To maintain its sheen, it should be washed with care in mild detergent. Any attire made from Matka Silk should be kept away from direct sunlight which can prevent color fading. The fabric has been well received on the fashion runways and by many fashion designers, who are working closely with the weavers of India for the revival of this fabric. It is preferred by many due to its economical price. 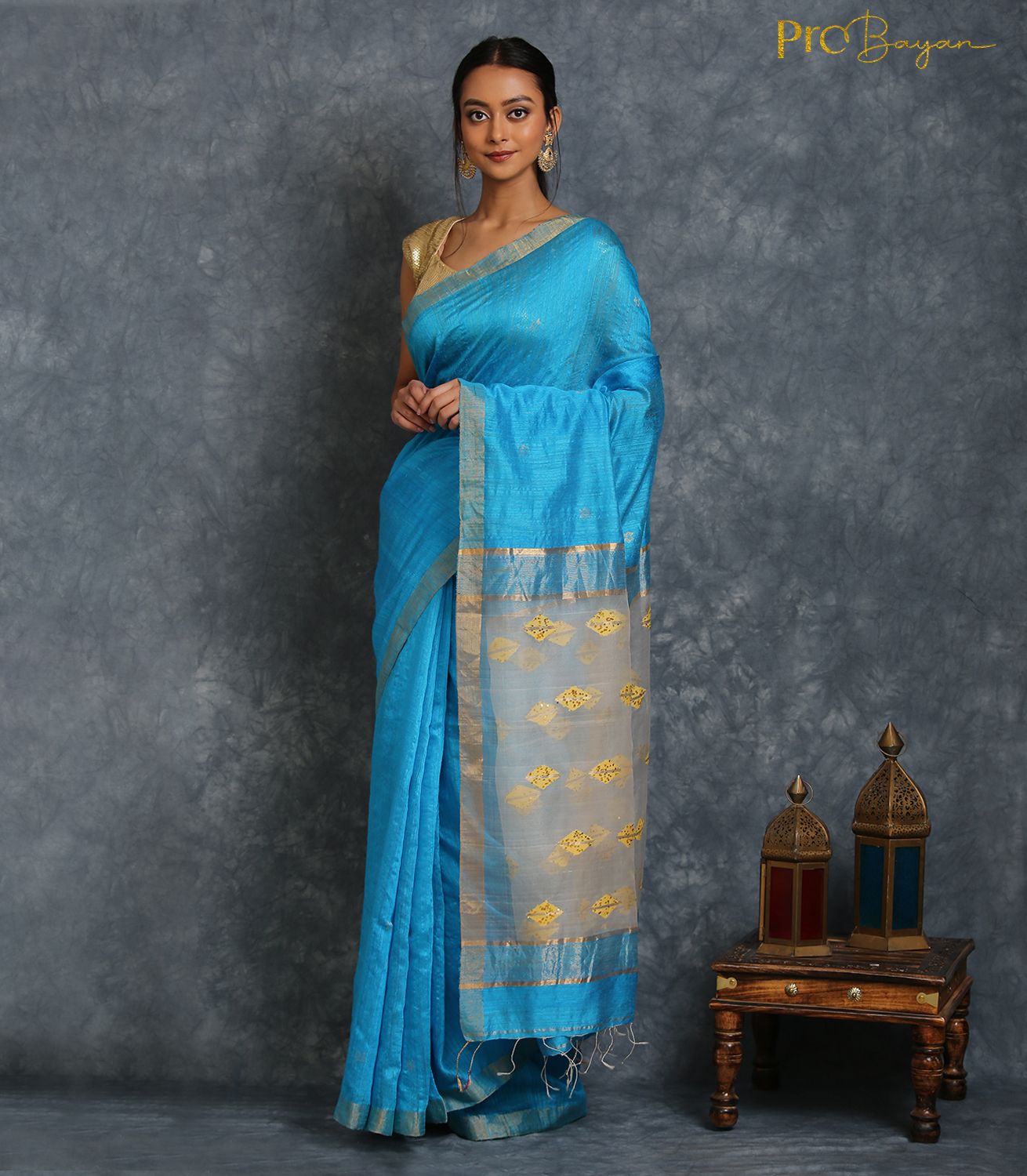 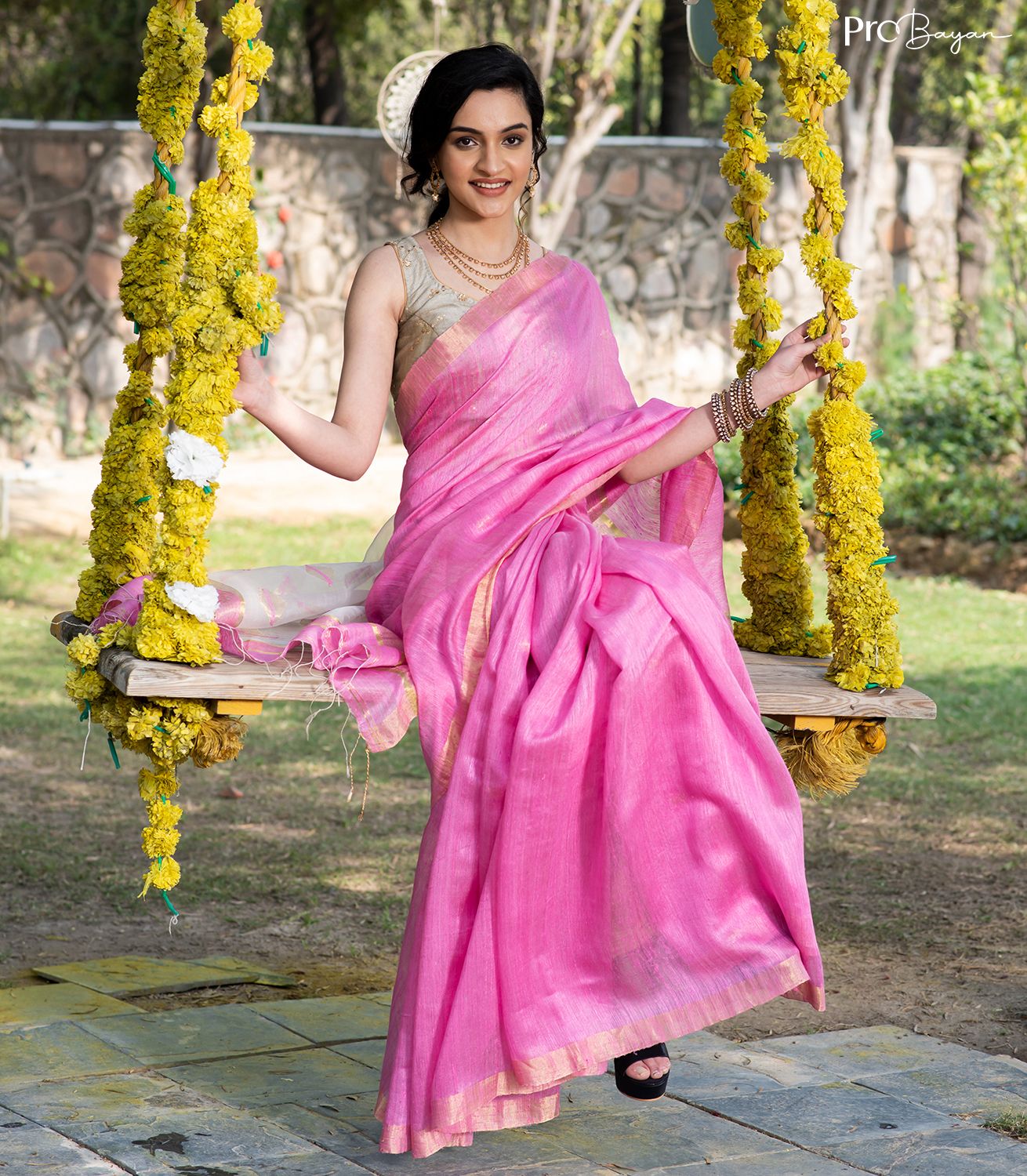