The Story of Handloom

The only region that has found its place in the name is a land of beautiful textiles and exquisite fabrics. Today, the weavers who weave sarees from Bengal are at crossroads, and it is one of the most beautiful places in India with a rich history and culture. The classic Bengal saree like Baluchari depicts scenes from Ramayana and Mahabharata that gives them a royal and rich look, though a mild change has been brought in to cater to modern tastes.

The Shantipur-Fulia region in West Bengal has over 125,000 handlooms producing more than 1.5 lakh sarees per year. Dhaniakhali Saree from West Bengal is a blend of wool and silk of various kinds, from wool to mulberries to organza. Cotton and wool were mostly used but because of the labor-intensive process to separate the seeds from the cotton fiber, wool was used more. Sarees are made of organza, woven from pure wool, and are produced in various sizes, shapes, colors.

Benarasi silk looms are made in Madanpura and Alaipura in Varanasi. Benarasi silk, Brocades are among the richest sarees produced in India and are the most sought after sarees for weddings and celebrations. One of the weavers told us that the silk weaving in Benarasi takes about two months for a complete handmade edit.

The process of weaving Pochampally Ikat sarees is said to have originated in a town called Chirala, where the art was often called ‘Chit-ku’ and praised for its unique design. Sambalpuri Ikat, for instance, were fondly called Gajagamini (a woman whose gait is as languorous as an elephant’s), or Padmabasini (a woman who is as fragrant as a lotus) when worn by traditional women.

The first Maheshwari saree was designed by her Highness, and soon it became popular in the royal circle, and eventually with women of all ages and statuses. The precious royal fabric of Chanderi occupies a special place in the hearts of all Indians and is considered a shining example of India's textile industry.

The weavers have expertise in producing fabrics which is a fine blend of natural silk and cotton and these have been named as 'cotton, 'silk' or 'sico '. Weavers have been known for diversification in their artistry work as they are located in different parts of the country; there are many untold stories about the weavers of India.

The Indian handloom industry today employs over 4.5 million people, both directly and indirectly, and is the second-largest employer for rural India next to agriculture. Major changes were seen in the 19th century when mill-spun yarn and cloth from Britain impacted the production of hand-spun yarn and handloom cloth. But still, there is no decrease in demand for pure handlooms at the international as well as national level.

Handweaving in India has evolved to respond to the changing consumer demands of the modern world. India has the most diverse hand-woven textile tradition and we must ensure that weavers benefit economically by continuing it. 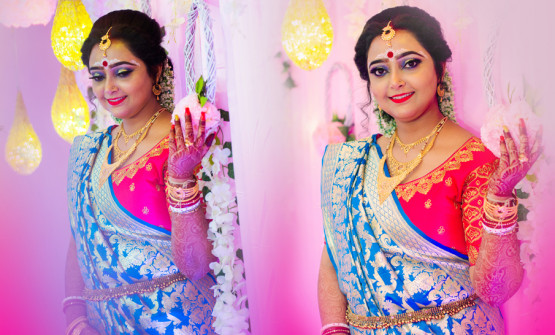 Benarasi Silk Sarees are one of the stunning ethnic-wears that Indian women love. 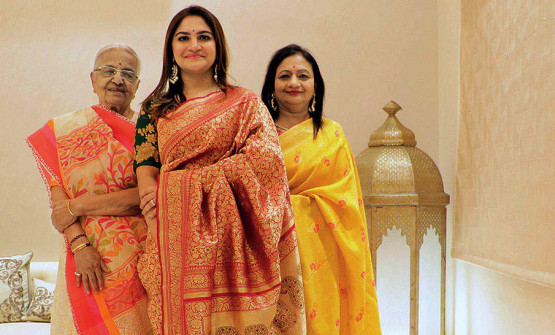 Indian culture has stood the test of time by remaining diverse, colorful, sensual, and spiritual